Merrimack, USA — ESI-AFRICA.COM — 02 December 2010 – GT Solar International Incorporated “’ a global industry leader in solar energy equipment “’ says it has received two orders worth over US$84 million (R588 million) for its sapphire crystallisation furnaces “’ its first deals since buying LED equipment maker Crystal Systems “’ sending its shares up as much as 10%.

Shares of the New Hampshire-based company touched a 5-day high of US$7.35 yesterday, and the stock has risen 2% in the last three months.

Chief executive Tom Gutierrez said the company was on track to meet its revenue forecast of US$100 million (R700 million) from sales of sapphire crystallisation equipments in fiscal year 2012.

“The two orders strengthen the view for a strong FY 2012 based on the pipeline of orders still under discussion with customers,” he added.

GT Solar bought privately held sapphire maker Crystal Systems for about US$57.8 million (R404.6 million) to cash in on the demand for LEDs in products like televisions and lighting fixtures, as costs for power generation and concerns about greenhouse gas emissions are on the rise. 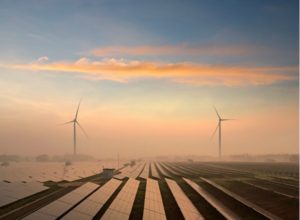