Rising dependency on coal-fired power generation, due to growing electricity demand, will drive the power boiler market, which is forecast to increase from US$17.35 billion in 2013 to US$30.62 billion by 2020, at a Compound Annual Growth Rate (CAGR) of 6%, says research and consulting firm GlobalData. China will demonstrate the largest need for power boilers during the forecast period, with its market value expected to grow from US$10 billion in 2013 to US$21.51 billion by 2020. Since the power boiler industry in North America and Europe is maturing, manufacturers are increasingly looking to the Asia-Pacific, Middle East and African regions to expand their businesses.

Swati Singh, GlobalData’s analyst covering power, says, “China’s rapid industrialisation has created more space for electricity demand in the country, which has resulted in many new power plant developments. The low cost of power boilers in China is another reason for the high sales across the country.” Besides increasing electricity demand and reliance upon thermal power generation, another market driver is the liberalisation and privatisation of the electricity industry.

“Privatisation is regarded by governments as a method for developing national infrastructure. Governments are also seeking strategic partnerships and investments from foreign Original Equipment Manufacturers (OEMs) to develop their domestic power markets,” Singh says.
However, increasing price competition could restrain future growth for the boiler industry.
Singh continues: “In the utility sector, price is the major factor in the decision to award contracts for boiler installations. This is forcing manufacturers to compete based on price, which in turn has a negative effect on market growth and innovation.

“Another major trend is the installation of multiple boilers, whereby utility companies install several smaller and more economical boiler units as opposed to fewer, larger and more powerful units. This subsequently forces large boiler manufacturers to sell at constant prices due to the level of competition.” 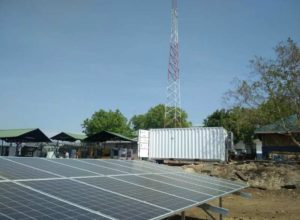