16 October 2008 – State oil and gas company PetroSA has been granted a manufacturing licence for its planned R101.4 billion oil refinery at the Coega Industrial Development Zone outside Port Elizabeth.

The granting of the licence is seen as a significant milestone in the development of the 400 000 barrel-per-day refinery, dubbed Project Mthombo.

The granting of a manufacturing licence – carried out by the Controller of Petroleum Products, a unit of the Department of Minerals and Energy – is subject to certain normal business conditions, such as a permit to operate from the environmental authorities.

Expected to be the biggest on the African continent, the refinery will come on stream in 2014 and is expected to create over 25 000 direct and indirect jobs around the Port Elizabeth area.

The granting of the licence comes shortly after PetroSA appointed international financial services group HSBC as financial advisor, while the company added that it would be awarding an engineering contract for the refinery shortly. 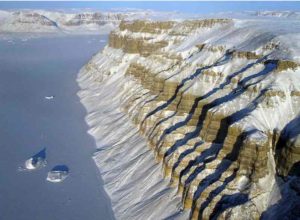 Ed’s Note: Greenland is not for sale, or is it?