10 February 2010 – From Zuma to Obama – the global turn to green energy more than just a trend, it is a necessity

Is wind power a feasible renewable energy?  Can we make it work in Africa?  Many of these questions of how Africa can meet its power challenges in more environmentally friendly ways will be answered at this year’s African Utility Week which is held at the ICC in Durban from 22-25 February.  The increased global focus on renewable energy is reflected in the experts, technology and services featured at what is still the largest power and energy conference and exhibition in Africa, bringing together power industry professionals from across the world, African Energy ministers or their representatives from countries such as Zimbabwe, Kenya, Zambia and DRC as well as the ‘who’s who’ of municipal, utility and government stakeholders who are shaping the future of the industry.

According to Mo Siddiqui, regional manager for Suzlon in Africa, the South African electricity sector is a vital part of the economy and, at the same time, contributes to the world’s emission problem. “Transforming this sector is therefore urgently needed and Suzlon believes that wind power can play a big role in helping South Africa reduce its carbon emissions and creating sustainable long term career opportunities for South Africans“, says Mo Siddiqui.

Local and global moves towards Renewables
South African Energy Minister Elizabeth Dipuo Peters will officially open African Utility Week on 23 February.  Only last month President Jacob Zuma authorised the minister to sign the statutes for South Africa to become a fully fledged member of the International Renewable Energy Agency (Irena), expressing the hope that it would enable South Africa to work with other countries to accelerate the introduction of renewable energy.   South Africa has set a target of producing 10 000 GWh of renewable energy by 2013, and minister Dipuo Peters recently drove the approval of the energy feed-tariff (Refit), which will create incentives to the increased implementation of renewable energy and ultimately enabling a diverse energy mix.

Renewable=Sustainable
Says event director Claire Volkwyn, “even though the climate change conference in Copenhagen in December illustrated that it is difficult to find a political solution to our energy questions, it is clear that renewable energy is considered an important sustainable, long-term answer.”  Recently, clean and green energy was also an important focus in the American State of the Union when President Barack Obama called for more clean energy jobs, proposing a new generation of nuclear power plants, the development of offshore oil and gas, investment in clean coal technologies and advanced biofuels.

According to a Global Climate Network (GCN) report, some 36 400 new direct jobs and 109 100 indirect jobs could be created in the renewable energy sector in South Africa by 2020.  Further, as many as 700 000 people could be employed in the biofuels industry in this country. 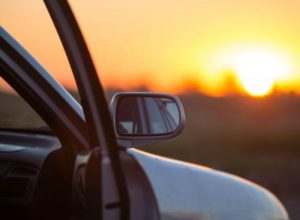 The energy transition, are we there yet?