19 November 2012 – Globeleq Generation has reached financial close for its three renewable energy projects in South Africa, these being the 138 MW Jeffreys Bay wind farm in the Eastern Cape; the 50 MW photovoltaic (PV) solar farm in De Aar and the 50 MW PV solar farm in Droogfontein, both in the Northern Cape.  Construction is expected to commence shortly and all projects should be fully operational by mid-2014.

The three projects are part of the government of South Africa’s renewable energy IPP procurement program and are among the very first large scale renewable power plants to be built in the country. Globeleq is the strategic equity partner in a consortium comprised of Mainstream Renewable Power, Thebe Investment Corporation, local engineering firms Enzani Technologies and Usizo Engineering and local community trusts.  Old Mutual IDEAS Fund is an additional consortium member in the Jeffreys bay wind farm. The projects were originally developed by a joint venture between Mainstream Renewable Power and Genesis Eco-Energy.

The projects are financed on a limited recourse basis by a syndicate of lenders lead by ABSA and Barclays. The senior lenders include the Development Bank of Southern Africa (DBSA) and local institutional investors. Equity will be invested by Globeleq and its consortium partners. DBSA is backing the black empowerment shareholders of the projects and the community trusts.

During construction, the projects are expected to generate hundreds of jobs and, once operational, the project revenues will benefit the local community through socio-economic and enterprise development programmes.  Each year the projects will produce 635 GWh of electricity, enough to supply up to 48,000 households, and will displace approximately 628 thousand tonnes of carbon emissions. The two 50MW solar projects will be constructed by Siemens under a lump-sum turnkey EPC contract. The Jeffreys Bay wind farm will be constructed by Siemens and a South African consortium of Murray & Roberts and Conco.  Construction will be jointly managed across all three projects by Mainstream and Globeleq. 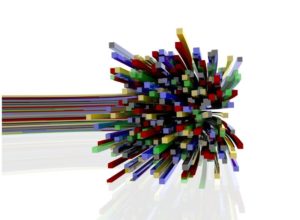