Washington DC, United States — ESI-AFRICA.COM — 21 September 2011 – Despite rising oil prices, global petroleum use is expected to grow more strongly over the next two decades than previously estimated, according to the U.S. government.

“World oil demand is expected to climb to 112.2 million barrels per day in 2035, up 1.4% from a previous estimate, the U.S. Energy Information Administration (EIA) said in its annual international energy outlook published here.

“Most of the growth in liquids use is in the transportation sector, where, in the absence of significant technological advances, liquids continue to provide much of the energy consumed,” the EIA added.

Global petroleum consumption could rise 26.9 million bpd between 2008 and 2035, with conventional oil production meeting less than half of this growth at 11.5 million bpd.

Overall, world energy use is seen increasing 53% by 2035, with developing nations such as China and India leading the growth. 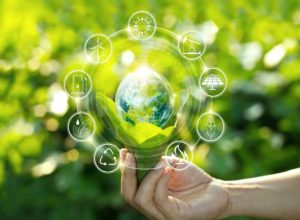 Amid coronavirus setbacks, sustainability is key to the future of China’s...