Cape Town, South Africa — ESI-AFRICA.COM — 21 March 2011 – The Democratic Republic of Congo (DRC) expects its Inga 3 hydro-power project to start generating power by 2017/18 in order to supply the DRC and neighbouring states from the 4,300-to-5,000MW scheme.

Confirming this in an interview here with Reuters, cabinet director at the DRC’s energy ministry Vika di Panzu said a pre-feasibility study on the US$8-to-US$10 billion Inga 3 plant, as well as a separate 40,000MW Grand Inga project, was expected by September, as the mineral-rich DRC moved to kick-start a project stalled last year. “The top priority is Inga 3, because we are in a hurry now due to internal demand,” he added.

“The increase in internal demand is such that we need Inga 3 before 2020. We are planning to have it in operation by 2017. By 2014/15 we can start construction and I think three to four years later we can start supplying from Inga 3,” di Panzu revealed.

Di Panzu, also chairman of the Inga 3 steering committee, said BHP Billiton was considered an anchor customer after it had expressed a desire to have a smelter supplied with electricity from the Congo River plant.

“Having the world’s biggest mining company as a key consumer would also help raise funds,” he said, adding that there was potential for BHP to become a shareholder in a yet-to-be established company that would manage Inga 3.

He reiterated that the DRC remained committed to supplying southern Africa with energy. 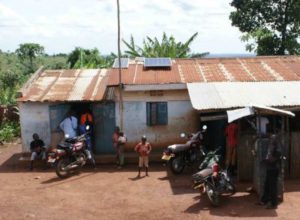 Developing the stand-alone solar product market in the Sahel