WorleyParsons announced last week in a company statement that it is making progress on a design engineering contract for Group Five Power International, the EPC contractor on the Kpone Independent Power Plant (KIPP) project in Ghana.

The contract includes providing the concept design, detail design, procurement support, and construction and commissioning support of the power plant.

The thermal power plant will be the single biggest IPP in Africa and is the first project to receive the majority of its debit finance from African banks and African financial institutions, the company stated.

Van der Merwe explained: “WorleyParsons’ design effort will be undertaken through two main offices – our Johannesburg office and our office in Reading, USA, which is our Group’s global centre of excellence for gas turbine power plants, specialising in combined cycle power plants.

According to van der Merwe one of the key challenges with the KIPP thermal power project is the use of seawater to cool the steam condenser.

The seawater extraction point is 1,200m offshore and the discharge point 375m offshore. The seawater cooling system is designed to use free flow or gravity flow to get the seawater in site and then back to sea.

The construction of these seawater pipes will be by micro tunneling and is on the critical path of construction due to the anticipated construction period of about 20 months.

“Prior to the arrival of a permanent gas supply on site, it is expected that the power station will operate predominantly on LCO with a distillate fuel back-up.”

Thermal power generated by the plant will be supplied directly to the Electricity Company of Ghana, the main distribution utility through the Ghanaian grid.

Cenpower Generation Ltd, a Ghanaian company specifically set up for this greenfield project, awarded Group Five the 33-month contract in August 2014 to design, build and commission the power plant in the municipality of Kpone in the Tema industrial zone.

The financial transactions for the thermal power project were internationally recognised by the London based PFI Awards as Africa’s most outstanding power deal of 2014.

The PFI Awards are part of the Thomson Reuters Awards for Excellence, recognising corporate and individual success in the global financial industry. 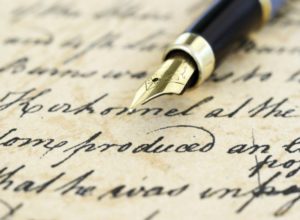