15 February 2013 – About 660 MW of power is expected to come on-stream in Ghana within the next 18 months to boost current energy generation capacity, GhanaWeb reports.

The Takoradi T3 project is expected to generate 130MW while the Kpone thermal plant, which is being constructed by the Volta River Authority (VRA), will bring on-stream 200MW.

The US$622million Bui Dam project will generate 400 MW, with 130MW expected in April 2013. The West African Gas Pipeline Company is also scheduled to resume its gas supply to the Asogli power plant by the end of March 2013, after the completion of repair works on a section of its pipeline.

The absence of gas has forced the VRA to import crude oil to generate thermal energy. The authority says it spends US$50million to import 400,000 barrels of crude oil every 20 days, in the face of fixed consumer electricity tariffs.

From now to the end of March, when gas supply from Nigeria is expected to resume, VRA will spend US$300million to import crude oil. Ghana’s own gas input into the generation of electricity is not expected until September, when the Gas Company will have laid the pipeline to carry the fuel onshore from the Jubilee field.

To ensure sustainable supply, the authority is exploring other options for generating additional energy. In 2012, it signed an agreement with the National Energy Company (Taqa) of Abu Dhabi to finance the expansion of the Takoradi II power plant.

The expansion project, expected to finish in 2015, will convert the existing gas-fired plant into a combined cycle unit and increase output from 220 MW to approximately 330 MW, without additional fuel.

VRA also plans to issue corporate bonds by the end of the year to raise funds for financing four projects that will generate about 700MW.

With electricity demand and consumption growing rapidly at an annual rate of about 10%, generation should be increasing at 200MW every year in Ghana. In terms of reserve capacity for contingencies, the Ghana Grid Company says 340 MW is required, given current demand levels. 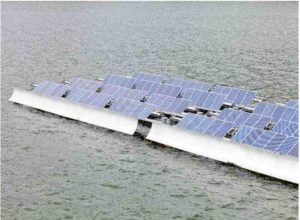