Next month, the ESI Africa ‘studio’ travels to Kenya to speak with industry experts in the know at the annual Future Energy East Africa conference and expo taking place on 12 to 13 September at the KICC in Nairobi.

In the run-up to the event, which has deep roots in the region spanning 20 years, it is easy to understand the attraction as news on developments reaches our media desk on a daily basis.

These developments tell a story of hard-won, outstanding progress, such as Kenya’s second largest wind farm, the Kipeto wind power project. According to WorleyParsons, the contracted owner’s engineer for the project, the wind farm will use 60 GE wind turbines producing 100MW of grid-connected renewable energy.

This development signifies another peg in the region’s interconnector projects, as the increased generation capacity on the grid makes large infrastructure projects all the more sustainable.

Recently, the cross border transmission line between Ethiopia and Kenya, the Eastern Electricity Highway Project, which has converter stations on either side of the line, announced that this section is the first direct current line in the region using a HVDC electric power transmission system for the bulk transmission of electrical power. This is a proud achievement for the region.

However, in an exclusive interview with Riccardo Ridolfi, co-founder and CEO of Equatorial Power and board member of Umeme Uganda, he states that his message at the Future Energy East Africa conference will be simple: “Electrons alone are useless!” – read the full conversation with Riccardo here to find out what lies behind his message.

Are you interested in being interviewed at your company’s expo booth at the Future Energy East Africa event? Contact our team now to find out how to secure your slot. 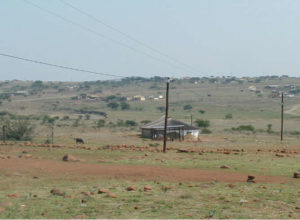