12 November 2008 – A new, off-grid lighting technology looks set to take developing countries with low electrification rates by storm.  While many off grid electrification projects harness wind or solar power, a project by  a group from Cambridge, Mass, is developing a fuel cell that operates on bacteria from soil!

“You can just literally make energy from dirt,” Harvard graduate, Aviva Presser, says. “And there’s a lot of dirt in Africa.”

With funding of some US$200 000 from the World Bank and other private investors, Lebone Solutions, the company started by Presser and others, plans to use microbial fuel cells to generate electricity, and hopes eventually to sell the fuel cells for as little as US$15 each.  Lebone means "light stick" in Sotho.

Lebone’s  microbial fuel cells  produce electrons while metabolising organic waste.  These electrons stick to an electrode and the resulting chemical reaction generates enough of a charge to light a small lamp or cellphone.

“It can be made by people with minimal training,” Ms. Presser said. “It doesn’t take a massive investment.”

The project has had a practical implication in Tanzania, where families from the village of Leguruki had light for three hours a night using batteries made from nothing more than manure, graphite cloth and buckets and a copper wire conducting current to a circuit board.

“People walk an hour or more a day to the local high schools to get their phones charged for two or three days,” said Hugo Van Vuuren, another Lebone founder.  “Ideally, they would like to have a refrigerator,” Mr. Van Vuuren said. “But right now, their key need is a cell phone.”

Namibia is the next country to benefit from the technology, where for the next two years, research will go into how more easily available materials, such as chicken wire, can be used to create electricity. 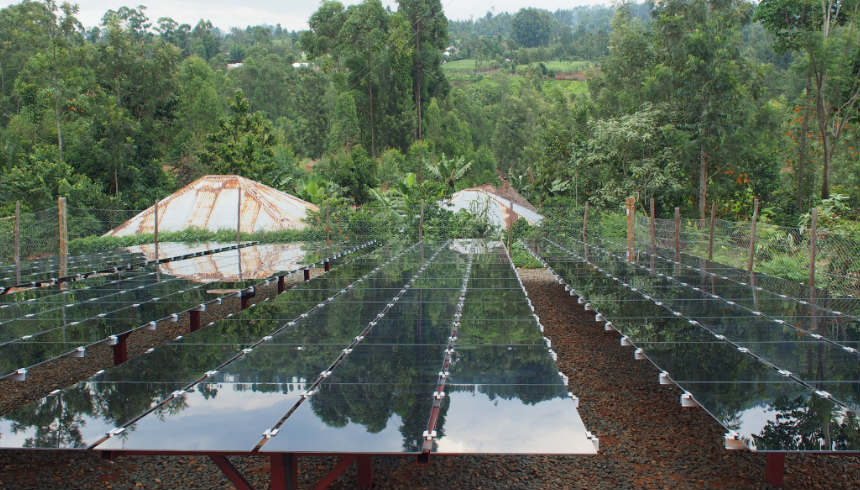