General Electric (GE) aims to increase revenue from Africa to over $10 billion (ZAR123 billion) in the next five years as it targets energy, health and rail opportunities in countries including Nigeria and Ethiopia, the Mail & Guardian reported.

While nine of the world’s 15 fastest-growing economies are in Africa, some countries are contending with a downturn in commodity prices, power cuts and political instability. Electricity shortages and a lack of infrastructure, including rail, are limiting growth and are opportunities for investment.

On Wednesday, Thomas Konditi, GE’s president for transportation for Africa and South Africa chief executive officer, said in an interview at the World Economic Forum in Cape Town: “We’re bullish on Nigeria. We met with a couple of the incoming leadership and they have put rail right behind power. They don’t have mines as much, so you’re going to look for more general freight.”

Konditi said: “Nigeria, which is currently Africa’s biggest economy transports only 0.1% of its freight by rail and could boost the number of locomotives from 25 to as many as 500 engines.”

He added: “The company [GE] based in Fairfield, Connecticut, plans to resume talks with the new government in Nigeria on an agreement with the previous administration for 200 locomotives.”

Jeff Immelt, GE’s chief executive officer, has identified Africa as one of the company’s most important growth areas, with plans to invest $2 billion (ZAR24 billion) in the region by 2018 as well as doubling its workforce on the continent.

“The Africa spending by GE will go into developing facilities, improving supply chains and for training workers”, stated Immelt.

GE’s African revenues will be more than $4 billion (ZAR50 billion) this year, led by Nigeria, Angola and South Africa, compared with about $1 billion (ZAR12 billion) in 2010, according to Konditi. The company could open a manufacturing facility in Nigeria if there is demand for more locomotives, he said.

GE’s sales from the Middle East and Africa of $15.6 billion (ZAR193 billion) last year were about 10.6% of the company’s total revenue.

In earlier news this week, US-headquartered companies led as the largest investors into Africa last year, launching 101 foreign direct investment (FDI) projects, and accounting for 13.8% of total FDI projects in Africa, an increase from a 9.8% share in 2013. 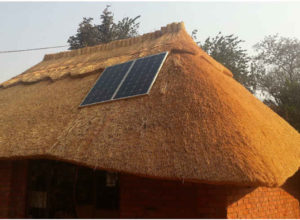