The Department of Energy in South Africa, has granted French electric utility company, GDF Suez as the preferred bidder in the latest round of its REIPPP programme for the 100MW Kathu Solar Park in the country’s North West province.

This is not the first instance of the company’s involvement in South Africa’s renewable sector and its REIPPP programme. In 2012, GDF Suez won a bid for the West Coast 1 wind energy project under the second REIPPP round. It also owns and operates two 693 MW thermal plants and 301 MW wind farm in Morocco.

Gérard Mestrallet, Chairman and CEO of GDF SUEZ said: ‘GDF SUEZ is proud to be part of the REIPPP Programme. Kathu Solar Park strengthens our contribution to South Africa’s objective of establishing sustainable energy generation and promoting local economic development. The project is in line with our Group’s effort to become a leader in the transition to clean energy.’ 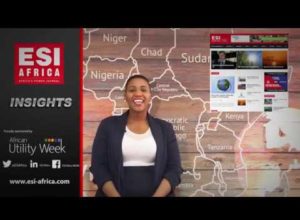