15 June 2009 – The DRC and Rwanda have joined forces to take advantage of the methane gas reserves, in the Kivu border lake, for the purposes of electricity generation it was reported from Kinshasa last week.   The project, which has an estimated cost of US$300 million, has a planned generation capacity of 200MW with a total capacity of 700MW says Eugene Serufuli Ngayabaseka, Congo’s electricity chief

With an estimated investment of 300 million dollars (215 million euros), the project is planned to generate 200 megawatts of energy with a potential 700 megawatts over a 55-year period, and generation could start as early as the end of 2009.

"Satisfying conclusions drawn from the Rwandan experience of exploiting methane gas to produce electricity have convinced the Congolese authorities of the need for such a project for Lake Kivu," Serufuli said.

The Congo has one of the world’s lowest electricity consumption rates.  Consumption has halved between 1980 and 2002 due to lack of investment and rising population numbers.  The Congo is home to more than a third of Africa’s hydro power potential, although to date this resources has been under-utilised. 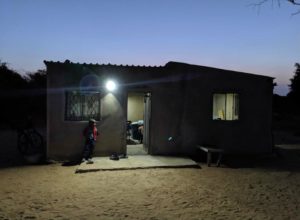 TV access forging ahead through Bboxx SHS and CANAL+ partnership