The expiry of the agreement paves the way for a regulatory regime in which all licensees will be subjected to the same regulatory provisions as primarily set out in the Gas Act, 2001 (Act No. 48 of 2001). In particular, Nersa will exercise its regulatory powers of approving maximum gas prices for all licensees. To date, the regulator has approved maximum prices for:

The abovementioned gas prices are maximum not actual prices. Customers are expected to negotiate actual prices that are below these maximum levels. The expiry of the agreement requires Sasol Gas to shift from its current market value pricing approach to a non-discriminatory pricing regime prescribed in the Gas Act. In line with this mandate, Sasol Gas has restructured gas prices for its customers and has, to date, signed supply contracts with 82% of its customers based on new price structures. The new price structures are effective from 26 March 2014. According to the information submitted by Sasol Gas to the regulator, gas prices offered to its customers are well below the maximum prices approved in 2013.

Although most of the clauses in the Agreement are due to expire, some will remain in force. Notably, clause 4 regarding Sasol Gas’ obligation to supply a minimum of 120 million gigajoules of gas to South African markets for a period of 25 years. 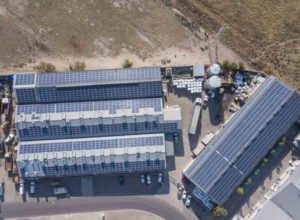