In West Africa, Gambia ranks in the second position, following Cape Verde for its progress in the development of renewable energy within the sub-region, says project manager of the Global Environment Facility UNIDO, Dodou Gaye.

Gaye said this in light of Gambia having met GEF4 UNIDO project targets within the sub-region, report local media, The Point.

The UNIDO GEF4 project was established in 2012 by the United Nations Industrial Development Organisation to provide grants to project promoters for the deployment of renewable energy in Gambia.

Gaye stated that the primary objective of the project is to develop and promote a market environment suitable for fast-tracking investment in renewable energy based mini-grids for productive use in villages.

He said: “Given the vast renewable energy resources that are available in The Gambia, there is no doubt that the development of these resources will significantly address some of the challenges being faced in the energy sector.”

Gaye also highlighted that the project has managed overcome many project challenges by deploying renewables in the country as part of an integrated approach, which combines demonstration renewable projects with capacity building and technical assistance at the institutional, policy, market and investment level.

“The GEF 4 UNIDO project officially started in 2012 with a total cost of $5.79 million with co-financing of D3.976 million ($100,445) from the Gambian government, ministry of energy, national environment agency, EU delegation to The Gambia and project developers,” he added.

Gaye further stated that he was happy with the success of this project, which he said was made up of four elements including demonstrating the viability of energy projects, strategy for scaling up of renewable energy investment, strengthening legal and regulatory framework for the renewable energy sector and capacity building and training.

“We are happy to report that the GEF4 UNIDO project has made tremendous achievements and the impacts are there for people to see for themselves,” he concluded. 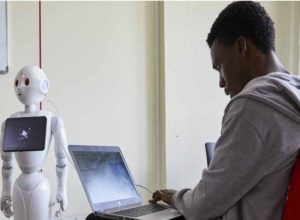