Cape Town, South Africa — ESI-AFRICA.COM — 03 February 2011 – The South African national power utility Eskom Holdings Limited has expressed the opinion that the security of coal supplies over the long term will be a problem, and that there may not be enough coal to meet the demands of the country’s power stations.

“We have choices to make as a country if we are to find the optimal balance between coal exports and domestic energy security, and we are concerned that the market on its own may not ensure that balance,” he added.

“Eskom has a plan that sources most of its coal for its existing power stations from Mpumalanga.

However, Mpumalanga does not have sufficient coal to supply Eskom under a 60-year life-of-station scenario, and risks to coal supply have increased because of delays in developing major new long-term sources,” Marokane pointed out.

The strong demand for coal exports “’ including those grades of coal which in the past were used only by Eskom “’ has placed upward pressure on domestic coal prices. Historically, lower grade coal was sold to Eskom for electricity generation, but the power utility now faces losing even this low grade coal to competing countries like India and China.

“Our concern is that these risks will raise the cost of coal and so lead to increases in the cost of electricity that would have a negative impact on South Africa’s economy.”

Marokane called for a national plan to ensure sufficient long-term supplies. “Eskom is proposing that South Africa’s coal resources are developed and exploited in the national interest. A key element would be a national primary energy coal development plan that would provide a framework for investment in the industry,” he proposed.

“Coal will remain a significant proportion of South Africa’s energy mix for a long time to come,” said Marokane. “We want to work in partnership with the industry and our stakeholders to secure the country’s future requirements in a way that supports growth and development,” he concluded. 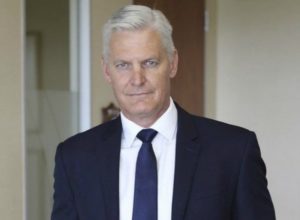