Conversations at the 20th edition of the Future Energy East Africa conference in Nairobi, Kenya in September 2018 were indicative of a region embracing change to expand regional energy access through notable improved engagements between governments and private sectors coming to light.

During the keynote address, Kenya’s principal secretary in the Ministry of Energy and Petroleum, Dr Joseph Njoroge, sent a clear message to delegates that increasing energy access across the east African region is a focus area that stakeholders are actively addressing.

Drawing attention to Kenya, Njoroge noted that the energy sector plays a significant role in helping the country to achieve its Vision 2030 goals – for which the latest country-wide power access figures stand at 73% and where the majority of increased connections are situated in rural areas.

However, he acknowledged that without an improvement in cross-sectoral efforts, these figures will not attract further growth. The principal secretary went on to urge the private sector to exploit the country’s vast potential energy resource market, which is home to wind, solar, geothermal and limited hydropower.

Recent news headlines on ESI Africa show a region striding ahead, as in the completion of Kenya’s longawaited 400kV Loiyangalani-Suswa power transmission line, which will evacuate 310MW of wind power from the Lake Turkana wind farm. This is large-scale, visible progress that deserves attention.

However, the challenge in answering the keynote session’s question – At what speed is East Africa achieving energy access? – is also about the region’s un-electrified, off-grid population. How can they be speedily connected to the grid – a grid that in itself is undergoing a transformation?

The region’s energy sector has seen an increase in financiers supporting startup mini-grid development projects as an alternative to grid expansion and to improve the use of clean energy for cooking and heating. Increased financier interest could be a result of regional governments’ drive to introduce policies promoting the integration of mini-grid projects into national grids. 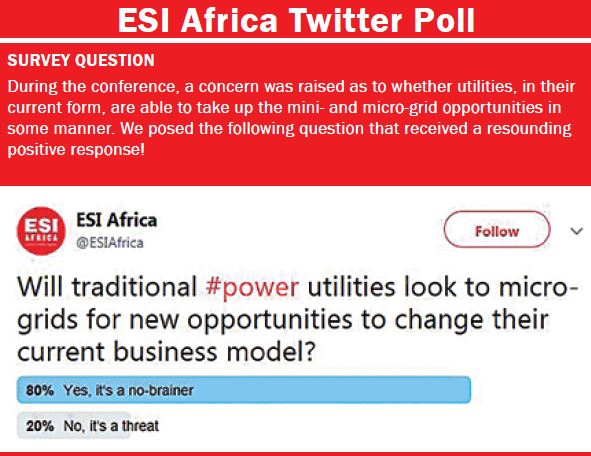 According to a study by EEP Africa, there is no licensing requirement in Tanzania for projects below 1MW and no tariff approval needed below 100kW.

And in Rwanda there is no environmental clearance or required licence for minigrids under 500kW. Despite the varied challenges that continue to impact energy access growth strategies, these are the type of policies that have garnered positive investment opportunities for the private sector.

Are you missing out on developments in East Africa?

The Future Energy East Africa conference assembled a pool of regional industry experts and the latest stakeholder market entrants – and reconnected the energy sector die-hards, which is often the case at long-standing events such as this one.

Even as impressive advancements have transpired, word on the ground is that the region’s energy and power industry is acutely aware of, and thankfully openly discussing, the challenges in advancing energy access.

Lack of electrification has a profoundly negative impact on households, which spend excessive amounts on unhealthy kerosene and diesel for cooking and lighting; some still rely on the collection of firewood.

This is not endemic to one country or region: the World Health Organisation estimates that annually 4.3 million people worldwide die from household air pollution emitted by rudimentary cooking fuels.

Therefore, providing these households with alternative solutions for cooking and lighting will promote healthier living standards, education, and job opportunities.

Taking this into consideration, Future Energy East Africa conference attendees agreed that mini-grid development can release communities from the limitations created by gridconnected distribution, which takes long to deploy, is costly to develop and has a questionable return on investment to service outlying areas.

However, developing the region’s wealth of energy resources on a large scale, including hydropower, geothermal, wind and solar, is essential to unlocking GDP growth. Harnessing these resources to increase grid-tied generation capacity must continue and along with it the construction of high voltage transmission lines to evacuate the power across the region’s vast distances.

It was also noted that the cost of distributed electricity is perceived as exorbitant, with one conference speaker suggesting that the introduction of net metering will lead to reduced electricity tariffs and promote energy access.

Twenty years ago, at the time of the first Future Energy East Africa conference (then known as the East African Power Industry Convention or EAPIC), the sector sorely lacked policy, regulation and general strategic direction.

Fortunately, the region has progressed and is readying itself for an explosion of mini-grid development. ESI 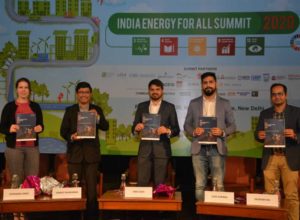