According to the Business Day, a new joint venture company involving Sentula Mining, Jonah Capital and Australian-listed Aquila Resources hopes to build a mine and power station in Botswana by 2015-17 to help address southern Africa’s acute energy needs.

Asenjo Energy is 50% held by Jonah Coal and Aquila Resources.

Jonah Coal is in turn owned 50% by former AngloGold Ashanti chairman Sir Sam Jonah’s company, Jonah Capital, and 50% by Sentula Mining, formerly Scharrig Mining. The partners have contributed $15m to the company to pay for its initial drilling programme.

Asenjo Energy owns five prospecting permits covering 2200km’ in eastern Botswana, near the borders with SA and Zimbabwe. It is focusing on the Western Mmamabula property because of its proximity to infrastructure and SA, which could become one of its biggest customers for power. Campbell said shortage of water needed for cooling power stations was a problem in Botswana, but fossil water had been found near Western Mmamabula.

The company’s activities could include power generation, as it was estimated SA would need an extra 1200MW of power a year for another 20 years; coal to liquids, on which it had an agreement with a South African company now testing its technology at a pilot plant in China; and international exports of coal.

Although Botswana’s coal resource has been estimated at 212-billion tons, rivalling SA’s deposits, most of Botswana’s is unexploited. Botswana’s coal deposits are far from ports, and the country’s rail infrastructure is minimal.

Campbell said port expansion was under way at Walvis Bay and Luderitz, and had been mooted at Shearwater Bay and Luanda.

The trans-Kalahari railway had been under discussion for many years. Today’s coal prices could justify the cost of investing in these infrastructure projects.

Asenjo’s estimate of its coal resources at its five sites is about 6.67 billion tons, most of which is at Western Mmamabula. It plans to complete a prefeasibility study by March next year and, if that proves positive, a bankable feasibility study should follow within the next two years.

The completion of a power station that could sell power to southern Africa would take another four to six years after that, Campbell said. 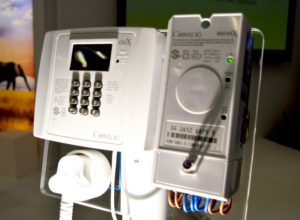