29 August 2012 – French reliance on nuclear power shows no signs of abating, despite widespread reactor closures across Europe and negative public opinion, says energy industry specialist GlobalData. It says that France’s nuclear installed capacity is set to increase from an already substantial 63,130 megawatts (MW) in 2011 to 66,430 MW in 2018, due to the opening of two new plants over the next six years.

The Flamanville unit 3, on the Cotentin Peninsula in Northern France, is under construction and is expected to become operational in 2016, contributing about 1,600 MW to the country’s power output. The Penly 3 unit, that will contribute about 1,700 MW and is also in the north, is expected to begin construction this year, with connection to the grid due to occur in 2017.

Nuclear reactors contribute 77% of power produced in France, with hydro coming in a distant second with just less than 11%. The high level of electricity generated is not just important in fulfilling the country’s own needs, but also the needs of others. France is the world’s biggest exporter of electricity and expects to sell 65–80 billion kWh of its annual production.The country’s continued nuclear proliferation is at odds with the current general European consensus that nuclear power production is inherently unsafe and should be phased out where possible.

GlobalData research shows that the continent will witness the closure of approximately 150 power plants by 2030, nearly 69% of the current global total. France’s neighbours, Germany and Belgium, are aiming to completely end production by 2030.

Despite overwhelming negative public opinion within the country, the French Nuclear Safety Authority (ASN) suggested in January 2012 that there is no need to shut any of the country’s nuclear power plants as they are safe. However, the ASN also indicated that the robustness of these nuclear plants needs to be increased to continue safe operations. 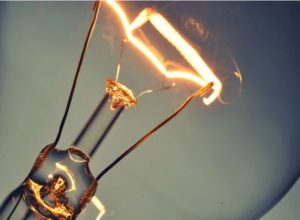