Maputo, Mozambique — 15 March 2012 – Outgoing French ambassador to Mozambique Christian Daziano has reiterated his country’s commitment to co-financing a new electricity transmission line which will run from the Zambezi Valley in Zimbabwe to the Mozambican capital.

allAfrica.com reports that this project “’ usually known as “the electricity backbone” “’ is required because the existing line from the Cahora Bassa dam southwards will not be able to carry any more power. The existing line also has the inconvenience that it goes directly to the Apollo sub-station in South Africa. The power then reaches Maputo along a separate line hired from the South African power utility, Eskom.

New dams on the Zambezi and the planned coal-fired power stations in Tete will require new transmission lines to carry the power to consumers. The “backbone” is currently budgeted at about US$2 billion. Among those who have expressed an interest in financing it “’ apart from France “’ are the World Bank, the African Development Bank, Norway, Electrobras of Brazil and Redes Energeticas Nacionais of Portugal.

After a farewell audience with President Armando Guebuza, Daziano told reporters that France remained interested in participating in this immense project. “Currently discussions are under way about how to finance the line from Tete to Maputo and Matola,” he said.

He added that, during his three-year tour of duty in Maputo, Mozambique and France had developed their cooperation considerably, notably in the areas of water supply and electricity.

France is also interested, he stressed, in participating significantly in construction of the planned new dam on the Zambezi at Mpanda Nkuwa, some 60km downstream from Cahora Bassa, which is budgeted at US$2.9 billion. 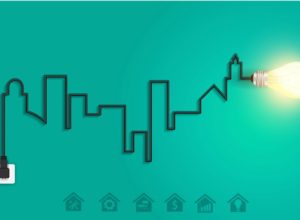