18 October 2010 – Fluor Corporation announced today that it was selected to perform a study for a potential solar park development in the Northern Cape for South Africa’s Department of Energy. Following the recent completion of a pre-feasibility study by the Clinton Climate Initiative, a program of the William J. Clinton Foundation, Fluor will now develop a more detailed conceptual master plan to be unveiled at the upcoming South African Solar Park Investors Conference Oct. 28 and 29 in Upington, Northern Cape Province of South Africa. Fluor will book the undisclosed contract value in the fourth quarter of 2010.

"We are closely collaborating with South Africa’s Department of Energy and the Clinton Climate Initiative on this potential flagship solar power development," said Dave Dunning, president of Fluor’s Power Group. "Our company has a strong track record of achievement in South Africa. Just last month, Fluor commemorated its 50-year anniversary of ongoing capital project development in South Africa, and we hope to bring this clean energy initiative to fruition."

The 5 gigawatt solar park is one of the largest proposed solar parks in the world. Upon completion of the conceptual study, a more detailed design plan will be developed. The South Africa Department of Energy intends to establish a Solar Park Authority as a unit within the state-owned Central Energy Fund to facilitate the advancement of the project.

The solar park could host proven and emerging solar technologies including photovoltaic (PV), concentrated photovoltaic (CPV) plants and concentrating solar power (CSP) technologies such as power tower and parabolic trough alternatives. When fully developed, the 5 gigawatt solar park could realize a total investment of more than US$20 billion according to the Department of Energy.

Fluor is a global leader in the engineering, procurement, construction, maintenance and operations of the world’s most challenging and complex power generation facilities. It is currently building the world’s largest offshore wind farm off the coast of the United Kingdom, and its completed power projects have been recently recognized as top projects by POWER Magazine, Platts and Power Engineering. 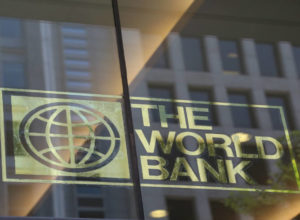