On Saturday, South Africa’s National Treasury issued a statement stating that electricity supply constraints are receiving government attention at the highest level after Fitch Ratings said an unstable power supply put the country at risk and could lead to the agency reducing the country’s growth forecasts.

Fitch Ratings reaffirmed South Africa’s sovereign crediting rating at BBB – with no change in the borrowing costs – but warned that the negative outlook for the economy reflected a range of risk factors.

These included weak GDP growth and a failure to reduce the budget deficit and stabilise the government debt/GDP ratio “that may, individually or collectively, result in a downgrade”.

National Treasury explained that: “Government recognises that the country’s economic growth performance needs to be higher in order to address the country’s challenges”, adding that, “Resolving the energy challenge is a priority”.

In March, Fitch warned that a downgrade of its BBB rating for South Africa, which is two notches above junk status, was more likely than not.

The treasury department said it would broadly stick to its spending ceiling budget plans of 3.9% of GDP for the 2015/16 fiscal year.

South Africa’s state-owned utility, Eskom – which was given a BBB+ rating by Fitch in October last year – is building two large-scale coal-fired power stations in efforts to reduce the chronic electricity shortages, namely Medupi and Kusile.

Meanwhile the utility has implemented controlled load shedding and an aggressive maintenance plan to prevent the grid from collapsing.

The Medupi power plant that consists of six units, each with an expected generation capacity of 794MW and a sum total of 4,764MW, is well on the way to adding to the parastatal’s installed capacity.

Adding renewable energy to the mix

In a bid to expand the country’s generation mix, which is heavily reliant on coal-fired power, the Department of Energy introduced a renewables programme in 2011 with a target of 10,000GWh.

It was determined that 3,725MW will be required to ensure the continued uninterrupted supply of electricity. 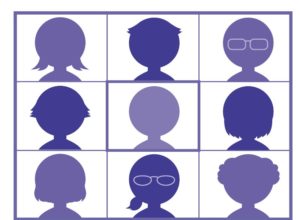 What South African companies need to know about virtual meetings