14 April 2010 – The first cross-border initiative under the Clean Development Mechanism (CDM) has been registered.  The Asian Development Bank has announced that the initiative includes the 114MW Dagachhu hydro power project in Bhutan that was developed to enable the country to export clean energy to India.

Part of ADB’s Green Power Development Project for Bhutan, the Dagachhu hydro power project is expected to reduce CO2 emission by about 500,000 tonnes per year, especially through exports to India, which relies heavily on coal-fired power plants for its electricity generation. The project will help prevent carbon emission in India while generating additional revenue from CDM to make the project viable in Bhutan.

A notable feature of the Dagachhu hydro power project is participation by multiple Bhutanese and international stakeholders, marking it as the first public-private partnership in infrastructure investment in Bhutan. The special company established to manage the project is led by Bhutan’s state-owned utility, Druk Green Power Corporation (DGPC) and India’s leading energy company, Tata Power Company.

The total cost of the project is around $200M. ADB has committed an $80M loan to the project, of which $51M from ADB’s Ordinary Capital Resources is financed for debt while the balance of $29M is used for DGPC’s equity. Co-financing is being provided by the National Pension and Provident Fund of Bhutan and the Raiffeisen Zentralbank Österreich AG (RZB) of Austria through export credit of Österreichische Kontrollbank AG (OeKB).

The Austrian government through the Austrian Development Agency has provided engineering support toward the project while ADB is providing assistance with overall capacity development to help strengthen policy and institutions of the Bhutan power sector.

"This project will deliver economic and social benefits on wider fronts. The project’s royalties will contribute to low-cost electricity supply to rural domestic customers in Bhutan and at the same time provide the government of Bhutan with a long-term revenue stream to support its development programs for poverty alleviation," said Kaoru Ogino, Senior Energy Specialist of ADB’s South Asia Department.

The project structuring was promoted with support from the Japan Special Fund, established by the government of Japan and administered by ADB. It has also received assistance from ADB’s Technical Support Facility under its Carbon Market Initiative during the process of the CDM registration with UNFCCC.

Aimed at encouraging developing nations to invest in greenhouse gas emission reduction projects, the CDM has been established under the United Nations Framework Convention on Climate Change (UNFCCC). 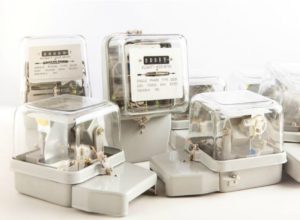