The statement followed a meeting with officials from the DME, including "acting Director-General Ms Neli Magubane, the Director-General of the Department of Public Enterprises, Ms Portia Molefe and accompanying officials, the Chairperson and CEO of Eskom, Messrs Valli Moosa and Jacob Maroga."

"The purpose of the meeting was to look into the situation as it stands and also look at what is being done or needs to be done, together with whatever constraints there might be that might stand in the way of finding resolutions to some of the problems," the statement said.

"The meeting was necessary as part of the ongoing sharing of information amongst those people responsible for the security of electricity supply in the country. A number of issues are at play at the moment that have led to the situation of constant load shedding that Eskom has undertaken.

"I wish to put it to the country that we do have an acute problem of supply at the moment. I wish to also emphasise that we have a low electricity reserve margin now." said the minister in the statement.

The minister said the factors behind the power cuts were "positive and necessary", citing Eskom’s electrification to previously unserviced areas and the positive growth of the country’s Gross Domestic Product (GDP).

The statement continued, "Another reason for the short supply is that as previously moth-balled power stations are brought back on line, those currently in operation, which are also ageing, are run at a higher load factor (harder than normal) and sometimes this leads to a systems failure."

The minister urged South African’s to do what they can to encourage energy efficiency, saying "Support for the Energy Efficiency Campaign can be assisted by:

The implementation of these measures can result in the reduction of the load and could alleviate load shedding requirements."

Additional measure are being undertaken to ensure a swift resolution to the problems being experienced, including accelerating the de-mothballing of various Eskom power stations and discussions on short, medium and long term measures to address supply shortages, along with a detailed national response plan.

"Government considers the current level of load shedding in a very serious light and is looking at a number of interventions to ease the situation. These will be part of the discussions at the Cabinet Lekgotla as stated earlier. In the meantime I will ask the National Energy Regulator as the statutory body that is charged with monitoring quality of supply to look into ways of improving system reliability as well as look for opportunities for improvements in Eskom’s maintenance regime.

"There is no need to panic about future investments as has been alluded to by some," the statement concluded. 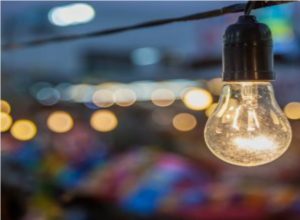