“Exxaro has submitted 700 MW worth of clean energy projects for qualification under the renewable energy feed-in-tariff programme offered by the government,” said company manager
for growth Ernst Venter in an interview with Reuters.

“Four years from now, we will be paying more than R1 per kilowatt hour, and if you compare that with what we can supply from a wind farm, a solar farm and a cogeneration project, then it becomes viable and there is a business case to do that,” added.

Reuters reports that the project pipeline includes two wind projects, expected to come on stream 2013-2014, and various cogeneration plants feeding power to industrial users. The company is also studying the potential to produce 80 to 100 MW from a coal-bed methane venture in Botswana, which could happen as soon as 2013 and boost power supply in that country.

“What we are seeing in 10 years is Exxaro producing 75 to 90Mt of coal, 1.5Mtpa of reductants, generating about 1 500 MW of electricity and producing around 10Mtpa of iron ore,” Venter said. Projects would be financed both from Exxaro’s balance sheet and through external financing. 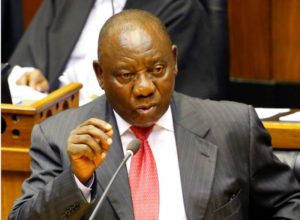