18 June 2012 – Europe’s goal to reduce carbon emissions will ensure a substantial increase in biopellet consumption and create a surge in the global market value, energy expert GlobalData predicts. The global biopellet market value, which stood at US$3,894 million in 2011, will climb at a compound annual growth rate (CAGR) of 15.7% to reach an estimated US$14,530 million by 2020.

GlobalData predicts that the worldwide consumption of pellets will reach 16,197 kT a year by 2020, from the 2006 figure of 7,939 kT per annum. This boost is attributed primarily to an increasing demand in Europe as countries look to meet carbon emission targets and increase reliance on renewable sources of fuel.

Germany is one of the continent’s leading users of pellets and pellet heating systems – thanks in no small part to the Renewable Energy Heat Act (EEWarmeG), enacted in 2009, which means residential home owners have an obligation to meet a percentage target of heat generated from renewable sources. The country’s government also provides incentives for investments in domestic pellet heating systems in a scheme that has initiated a boom in equipment sales.

This increase in European consumption is also affecting biopellet production around the world. Canada, which only consumes 12% to 15% of its own pellets, used to export a substantial portion of its excess to the US; but, as demand in Europe dictates, countries such as Sweden, Germany and Denmark are becoming key export locations.

The US is also hoping to take advantage of European demand by extending pellet manufacturing facilities across the country. These sites are currently concentrated in the north-eastern and north-central states, but sites are also being commissioned across southern states such as Alabama, Virginia, West Virginia and Kentucky to meet international and domestic need. 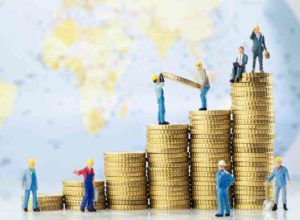