Brussels, Belgium — ESI-AFRICA.COM — 15 September 2011 – European Union (EU) policymakers may scrap subsidies for energy, water and transport and impose new taxes in a move designed to cut the bloc’s use of limited resources, a draft document seen by Reuters shows.

A roadmap to be unveiled by the EU’s executive commission next week will lay out the executive’s thinking on targets and policy proposals for the EU to use resources more efficiently, as the bloc struggles to ensure security of supply for energy and other raw materials.

“Member states are invited to prepare plans and timetables to phase environmentally harmful subsidies (EHS) out as part of their national reform programmes,” the draft says, noting that state-backed programmes in the field of energy, transport and water often carry a negative environmental impact.

“The Commission will monitor and guide the phasing out of EHS in the European Semester as of 2012,” the draft adds, pointing out that by 2013 aid decisions will be made on resource efficiency grounds.

But, Reuters reports, with power over fiscal and parts of subsidy policy in the hands of national governments, and EU industry wary of adding more cost to production, it is unclear how much of the commission’s roadmap will be adopted into national legislation across the bloc.

“By 2020 the shift to a share of environmental taxation in public revenues of an EU average of more than 10% will create a level playing field and support the economy to achieve greater resource efficiency,” the draft contends. 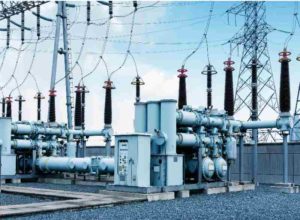