The revised European Union law bans the use of six hazardous substances in electrical and electronic equipment, including cadmium, which is used in its panels by U.S.-based First Solar “’ the world’s No. 1 solar company by market share.

“Photovoltaic solar panels, fixed industrial machinery and military material are among equipment that will remain outside the rules,” the European Parliament said in a statement following the vote.

The decision marks the latest step in an industry row over the use of cadmium telluride (CdTe) “’ which goes into First Solar’s panels “’ as there are concerns about its eco friendliness, as well as its safe disposal.

First Solar uses CdTe as a key raw material, whereas traditional solar companies such as Germany’s SolarWorld use polysilicon. CdTe has a 10 to 15% cost advantage over the more widely used silicon, but tellurium, a tin-coloured component of CdTe and a byproduct of the copper industry, is not widely available.

“Customers will now have to decide whether they want cadmium on their roof or sustainably manufactured solar modules,” said SolarWorld spokesman Milan Nitzschke. First Solar said the company already had in place a return and recycling programme. 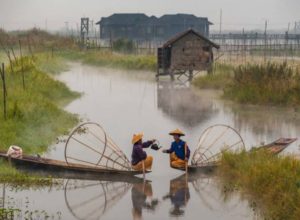