Addis Ababa, Ethiopia — ESI-AFRICA.COM — 06 December 2010 – Policy-makers in Ethiopia “’ challenged by fluctuating oil prices and poverty “’ are seeking solutions that will improve the living conditions of its people and boost its fragile economy. One such solution, Ethiopian leaders hope, is renewable energy.

Statistics from the Ethiopian Ministry of Mines and Energy (MoME) indicate that the country spends about US$800 million annually to import petroleum products for domestic consumption. According to the MoME this represents more than 90% of Ethiopia’s earnings from foreign trade each year. Were the country to tap some of its renewable energy potential, the energy independence it would achieve as a result, would be a boon to the economy.

Because of its location, Ethiopia is perhaps one of the most-suitable nations in Africa for tapping renewable sources of energy, not only for its own economy, but also for export into regional economies such as Kenya, which are always looking at enhancing their energy capacity.

While Ethiopia boasts of numerous green energy possibilities such as geothermal, solar and wind power generation, it is the biodiesel sub-sector that has taken off over the last few years, and continues to witness increased attention both from the government and development partners from abroad.

Ethiopia is one of the largest countries in Africa but it is also one of the driest “’ a factor that renders most of its land unsuitable for agricultural production. This has led the Ethiopian government to shift its focus to biodiesel crops that flourish under the harsh climatic conditions of Ethiopia.

The shift from expensive fossil fuels to cost-effective bio-fuels has received a stamp of approval from the Ethiopian government. It recently approved a 16-page renewable energy strategic document that was prepared under a collaborative partnership between the MoME, the Ministry of Trade and Industry (MoTI) and the Ministry of Agriculture and Rural Development (MoARD).

According to an expert from the Ministry of Finance and Economic Development (MoFED) it now sees a clear need for cheaper energy that it hopes to get through renewables.

The most popular biodiesel plants in Ethiopia include castor seeds and jatropha curcas. Numerous companies from India, Europe, Israel and the United States have formed joint partnerships with local companies to help grow the plants for biodiesel extraction.

According to the Ministry of Mines and Energy biodiesel offers Ethiopia one of the best alternatives to expensive fossil fuels, and accords the progressively expanding Ethiopian economy cheap energy sources. The growing interest in the sector is evident, as the Ethiopian Investment Agency (EIA) has over the last two years registered more than 60 companies interested in venturing into the biodiesel production sub-sector.

According to EIA, there are more than 25 million hectares of land available in Ethiopia suitable for biodiesel crop farming. If fully developed, this would make Ethiopia the largest biodiesel producer in the world, with an annual output of more than 20 million litres of crude oil processed from biodiesel crops. 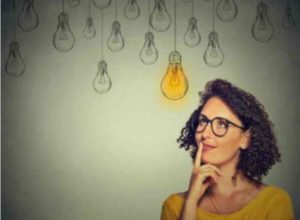