The number of electrified towns and rural villages increased to over 6,000 from 8% some 21 years ago, which brought the electric coverage to 47%, Miheret Debebe, Ethiopian Electric Power Corporation (EEPCo) CEO, says. "Moreover, the total length of high voltage transmission lines has increased to 11,124 km from 3,578 km, while the number of power substations climbed to 140 from 82." Debebe says the length of low voltage transmission lines had been boosted to 133,838 km from 9,972 km over that period.

Ethiopia is focusing on developing the country’s hydroelectric potential to meet domestic demand and increase electricity exports. Already it supplies power to neighbouring Djibouti and is preparing to exports to Sudan in the near future. Kenya and South Sudan have also signed deals to get power supply from Ethiopia.

Ethiopia’s power demand has been growing at an average rate of between 25% and 32% a year and the amount of power necessary to provide for this demand by the year 2015 is forecast to be 10,000 MW. "To meet the demand a number of power projects are being executed in various parts of the country by allocating some two billion euro annually," Debebe says.

"These projects, including the wind farm in Ashegoda and Adama in Tigray and Oromia states, respectively, will enable the country to meet local demand and raise the electric coverage to 75% by 2015,” Debebe says.

Debebe also says a feasibility study and other related preparations had been finalised to commence the Ethiopia-Kenya electric interconnection. The World Bank and African Development Bank (AfDB) have provided a US$1.3 billion loan for the project.

Ethiopia has the capacity to generate over 60,000 MW from hydroelectric, wind and geothermal energy resources. 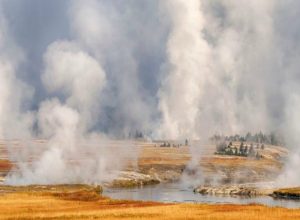