The impact of Eskom’s price hike will be detrimental to Swaziland Electricity Company (SEC) as the Kingdom imports approximately 80% of its energy capacity from South Africa’s state-owned power utility, Eskom.

SEC is responsible for the generation, transmission and distribution of electricity in Swaziland.

Earlier this year, SEC announced an increase in tariff rates that became effective from 1 May 2014. The increase was following the directive from the Swaziland Energy Regulatory Authority (SERA) resulting in the approved electricity price increasing by 9.50% on unit rates and 6.80% on fixed charges.
Subsequently and as a direct result of Eskom’s increase in tariffs it will be necessary for the SEC to further increase its electricity tariffs substantially next year.

In an interview with The Times of Swaziland, SEC Corporate Communications Manager Sifiso Dhlamini, said the repercussions of the award on SEC would be felt. ‘As SEC is Eskom’s international customer, an additional 0.5% will be added to this increase. So the increase for SEC will be 13.2% – which will be quite steep.’

‘We have to appreciate the fact that SEC is a price-taker, and so whatever increase made by a supplier like Eskom, it is non-negotiable or avoidable.’
SEC is expected to apply for an electricity tariff hike to be implemented in April next year from the Swaziland Electricity Regulatory Authority (SERA) by December 2014. The regulator has to conduct public consultations on the requested increase by SEC before deciding the percentage increase to be granted.

Asked what could SEC do between now and April 2015 to cut down the heavy reliance on Eskom for power, Dhlamini responded that the only way of avoiding being a price-taker was by aggressively pursuing one of the company’s main strategic objectives, which is increasing local generation.

He shared that SEC was working on several options including partnering with and encouraging independent power producers (IPPs) to supply more into the grid. He said there might also be a need to renegotiate the volumes from EDM in Mozambique that has not been more than 10% in recent years.

Dhlamini mentioned that Ubombo Sugar Limited (USL) was currently the only local independent power producer that assists SEC with a power supply of three per cent of the country’s maximum demand. ‘We encourage other companies and IPPs to join USL to ease the pressure of imports.’ 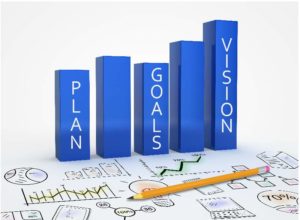 Nigerian gov urged to review the privatisation of the power sector