The US$365m loan will be used to finance a wind and solar project slated to produce a 100MW each in the Western and Northern Cape provinces, the parastatal said.

Eskom rejected suggestions from local firms and environmental organisations that it was impeding development of renewable energy.

“We’re quite keen on solar, although the cost of the technology has to come down. In general we are keen on solar and keen to do more of it,” Eskom spokesperson Hilary Joffe told News24.

The proposed solar project in the Northern Cape would produce about 100MW in concentrated solar energy. “It’s not an experimental project, it will be a real power station. A 100MW is a lot of power “’ it is scale “’ it’s significant,” Joffe said.

“With wind its capacity is even lower. With wind, even globally, and in South Africa, if you’re getting in the mid 20s (20% of maximum capacity), you’re doing well,” she added.

It is still unclear whether Eskom will procure the technology from local firms as the process has not begun, but the utility has the Fere wind project on the west coast of the Western Cape.

Joffe pointed out that the government’s Integrated Resource Plan over the next 20 years envisages more than 42% of new power coming from renewable energy sources.

“So a 100MW wind farm is a very big wind farm, but it’s probably only putting power into the grid 27% of the time, if you’re doing well,” she added. “We see most of the wind power that is going to come onto the grid as coming from private producers,” she said. 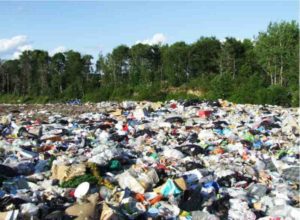