12 October 2010 – Eskom announced on Monday it expects to become a dominant solar energy player as it looks to reduce its carbon footprint, with plenty of funding available to pay for renewable ventures.

Eskom relies on coal for more than 90 percent of its power supply, but has vowed to invest in renewable energy and more efficient coal technologies to reduce its absolute carbon dioxide emissions, which totaled 225 million tonnes in its last financial year, from 2025.

Steve Lennon, Managing Director for Corporate Services, said that while a 100 MW wind farm should come on stream by early 2012 and a 100 MW solar thermal plant should be commissioned by 2015, the state-owned utility was already planning beyond that.

"As a minimum we would see very close to 2,000 MW in solar thermal by 2030, but with a possibility of a lot more depending on how the business case comes out," he told Reuters in an interview.

Eskom’s solar thermal plans go parallel with a 5,000 MW solar park planned by the government, where the first megawatts are expected to be produced as soon as 2012. The organisers have said that already having more than 1,000 MW based on solar would make the renewable source cost competitive with traditional coal-fired power. 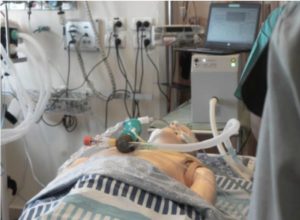