“We’re looking at next year,” chief financial officer Paul O’Flaherty said in an interview here with Bloomberg News. “I want it as soon as possible so we can get this behind us.”

Eskom is spending R485 billion on building plants to boost electricity supply in Africa’s biggest economy, and to prevent a repeat of outages that shut a large number of the country’s gold and platinum mines in early 2008. In addition to loans and government guarantees, Eskom relies on tariffs set by the energy regulator to secure funds for its expansion.

In February, the National Energy Regulator of South Africa (NERSA) ruled that Eskom could raise electricity tariffs 24.8% in the 12 months through April. Prices could then be increased 25.8% in the year to March 2012 and 25.9% in the year after that, it added.

“Eskom now needs clarity on tariffs in the two-years beyond 2013 to get certainty on the utility’s likely cash situation over the five-year period,” O’Flaherty said. “While NERSA hasn’t made a decision on future price increases, Eskom expects to be allowed to increase tariffs by about 25% each year,” he said.

The largest plants in Eskom’s expansion programme are the Medupi and Kusile coal-fired power plants.

Bloomberg News reports that the first unit of Medupi “’ the most-advanced project “’ is scheduled to start generating power in the fourth quarter of 2012, while a lack of funds means Kusile is now expected to start production at the beginning of 2015, compared with an earlier forecast of June 2013.

“Eskom has secured US$3.75 billion (R25.8 billion) from the World Bank to partly finance Medupi, while the Development Bank of Southern Africa has just signed R15 billion loan with Eskom, which reduces the company’s three-year funding gap to about R65 billion,”, O’Flaherty said. 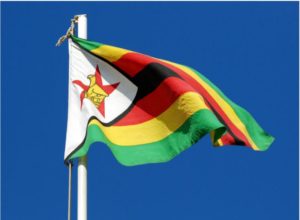