Johannesburg, South Africa — ESI-AFRICA.COM — 18 January 2011 – South African power utility Eskom Holdings Limited is to sell senior unsecured 10-year dollar bonds next week as the company seeks to boost funding needed to remedy a shortage of generating power, according to a banker familiar with the matter.

“From our side, we’re still talking to investors and are unable to say anything further at this point,” Eskom spokeswoman Hilary Joffe said by telephone from here in response. “We will make a formal announcement once we have certainty.”

Eskom, which supplies 95% of South Africa’s electricity, faces a projected R190 billion funding shortfall until March 2017 as it develops power plants to avoid a repeat of outages that shut mines and factories for five days in 2008. CEO Brian Dames said in October that the utility planned to raise “significant” funds from debt markets this year to help meet its funding needs.

“The size of the bond issue would be determined during discussions with investors, which were scheduled to take place this past week,” Joffe said.

The sale will be managed by Barclays Capital, Bank of America Corporation’s Merrill Lynch and JPMorgan Chase & Company according to the person, who spoke on condition of anonymity because terms have not yet been arranged.

Eskom “’ Africa’s biggest power supplier “’ last sold international bonds in February 2006 when it issued US$667 million (R4.6 billion) of 4% bonds, according to data compiled by Bloomberg. The yield on the securities closed at 3.47% in Johannesburg today, a decline of 188 basis points since the start of last year, Bloomberg data shows.

The bonds are rated BBB+ by Standard & Poor’s, which is the firm’s third-lowest investment grade ranking. 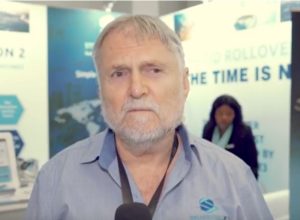 Pending business risk for all users of STS meters