Revealing this after a post-Cabinet briefing here, he said it would be paid out over three years, starting in the 2011/12 financial year.

It was initially announced that the money would be raised through the liquidation of "non-core" state assets, but government issued a correction shortly afterwards, saying the money would come from the budget.

Maseko said that this could result in an increase in the budget deficit, currently at 5.3%, but it would depend on the savings achieved in the budget process, as well as the amount of revenue collected.

Eskom’s equity injection comes on top of an additional R174-billion in loan guarantees from government, announced two weeks ago, and a loan of R15-billion from the Development Bank of Southern Africa.

Government was concerned about security of supply, Maseko said. In addition, energy was key to growing the economy and providing jobs, as envisaged in the New Growth Path, government’s new economic policy. 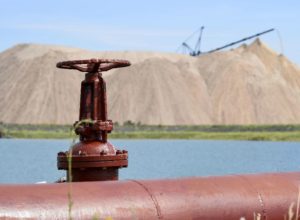 Water master plan to guard against drought in South Africa