“The issuing of the certificate of non-resolution by the CCMA does not give any Eskom employee the right to embark on industrial action,” Eskom spokeswoman Hilary Joffe said in a statement issued here. “Any strike by Eskom employees would be unprotected because of Eskom’s designation as an essential service.”

Meanwhile members of the National Union of Mineworkers (NUM) handed over a memorandum of demands to Eskom executives in Durban on Saturday. This was after its members marched to demand improved conditions of employment and decent wages.

The letter was addressed to Eskom board chairman Zola Tsotsi and chief executive Brian Dames, and requested action on a number of issues of concern to the workers.

The NUM said that over 16 000 Eskom workers were preparing to strike when negotiations deadlocked during the first dispute meeting at the Commission for Conciliation, Mediation and Arbitration (CCMA) on Wednesday afternoon.

NUM wage negotiator Job Matsebe said unions were readying themselves for a “serious confrontation” on the matter, and would not accept any additional offers. “Our marches and pickets remain on track as a build-up for a more serious battle.”

Eskom human resource executive Bhabhalazi Bulunga said the parastatal was implementing its final offer of a 7% increase for the September payroll. It would be backdated to July 1.

“Our concern is that our employees have not received an increase at all this year. If we do not implement the increase in September, we will have to wait until at least November, because of a system upgrade in October. We are keen to see this dispute resolved as soon as possible.” 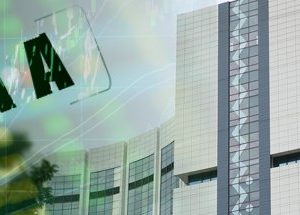