4 June 2012 – South Africa’s national power supply utility, Eskom, has provided an update on the security of electricity supply trends in the demand and supply of power going into the winter months, and on the initiatives it has put in place to assist it in keeping the lights on.

Addressing this briefing, the country’s minister of public enterprises, Malusi Gigaba, said: “We saw the impact of electricity shortages on business and the economy as a whole in 2008. Government remains resolute that the country should never go through another period of painful, rotational load-shedding as experienced in the past. It is in this context that I have approved a strategy to keep the lights on, which includes initiatives to ensure security of supply. Initiatives that make up this strategy include enhancing reliability of electricity supply from electricity imports, especially from Cahora-Bassa; procuring additional generation capacity from municipalities of about 500 MW; and accelerated energy efficiency and demand side management (DSM) programmes. The strategy is also aimed at reducing the current backlog on the maintenance of electricity generation units. The implementation of this strategy is monitored by the department on a weekly basis.”

Eskom has said since last year that it cannot continue the strategy of shifting maintenance on its power stations to meet demand. The utility has reported that it is doing unprecedented levels of planned maintenance on its power stations, to improve their safety and reliability and to deal with the backlog. Though Eskom usually does most of its maintenance in the summer months, when demand is lower, this year it has continued with high levels of maintenance well into autumn. The backlog of scheduled maintenance has been reduced from 36 units in May 2011 to 26 and the goal is to eliminate it by the end of 2013.

Electricity demand for the year to date has been lower than in the same period last year, mainly because of initiatives Eskom has put in place to manage demand, but also because of reduced consumption from large customers and a weaker than expected economy. Cold weather has, however, seen increased demand over the evening peak, which puts strain on the system during that period.

“The jump in demand just over that evening peak can be as high as 2,000 MW – 3,000 MW, or as much as it takes to power many of our neighbouring countries together,” Eskom CEO Brian Dames says.

Dames says Eskom had put demand and supply side initiatives in place which had reduced the load on the system by just over 1,500 MW in the last quarter. On the supply side, this included signing up almost 800 MW of short-term base-load power from independent power producers and municipalities. On the demand side, short-term power buy-back agreements with certain large customers took almost 1,000 MW off the grid until the 31st of May. Other initiatives include a pilot demand response aggregator and the mass rollout of a residential demand programme. Eskom is looking to extend these and other programmes which will help it to manage a tight power system.

It is also working to improve the performance of its power stations and is dealing with coal supply issues which have affected certain power stations. Coal stockpiles are at an average of 39 days. Koeberg Unit 1 has been returned to service early after it was shut down for scheduled refuelling on the 12th of March.

In an update on Eskom’s new build projects, Dames says that Medupi is on track to deliver first power to the grid in 2013 and that the pressure test of the first boiler at Medupi will take place on the 8th of June 2012. 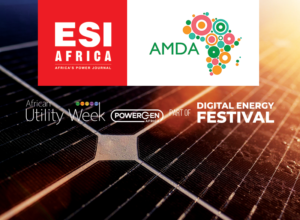