OUTA will present the main points of its opposition to the increases, which were outlined in its submission to NERSA in November 2018.

According to the organisation, essentially, Eskom is seeking to hike South Africa’s electricity tariffs by 15% per annum over the next three years. However, this comes on the back of more than 500% increase in tariffs over the past 11 years, which has had a detrimental effect on the cost of business and living in South Africa.

OUTA ascribes this decline largely due to poor leadership, political meddling and corruption, which has “permeated the largest state-owned entity and caused a rapid rise in operating costs (primary energy and employee expenses) and debt, which rose from R35bn in 2007 to more than R400bn today”.

“OUTA cannot accept such high tariff hikes at this stage, despite the fact that Eskom is broke,” says Ronald Chauke, OUTA’s portfolio manager on energy.

“At best, we propose that NERSA should not allow Eskom to exceed CPI, which is around the 5% mark, but instead, Eskom should find savings by reducing the headcount and staff costs, along with returning to lower primary energy costs by undoing the inflated and often corrupt contracts entered into during the Jacob Zuma era.”

The public should not have to pay the price for Eskom’s corruption and poor leadership, states OUTA.

“We are tired of inefficient SOEs believing they are able to pass on their massive operating and debt costs to society, when in fact they should be running their operations as innovative world-class entities,” says Wayne Duvenage, OUTA’s CEO.

“We also cannot accept that the value of Eskom’s Regulatory Asset Base, on which part of these tariff hikes are based, is allowed to be increased by over 700% from last year’s value of approximately R750bn.

“In fact, we believe that Eskom’s real asset base values should be pegged at no more that R400bn and its reporting of inflated values for its power plants is contrary to prudent financial reporting which is a serious concern.” 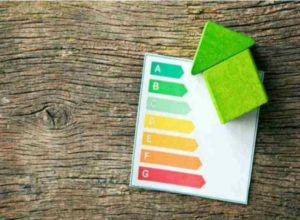