17 October 2012 – Credit rating agency Standard & Poor’s announced on October 17th 2012 that it has downgraded Eskom’s credit rating by one notch, as a consequence of its recent decision to downgrade the South African sovereign rating.

On 12 October2012Standard & Poor’s lowered the long term foreign and local currency ratings on the Republic of South Africa to BBB and A- respectively. In accordance with its criteria for government-related entities, Standard & Poor’s has therefore lowered Eskom’s long-term foreign and local currency credit ratings from BBB from BBB+. It has also retained its negative outlook on Eskom as with the sovereign.

Although Eskom’s credit rating remains investment grade, with the support of government, the recent downgrades by Moody’s and Standard & Poor’s are a concern.

An investment grade credit rating is critical to access the cost-effective funding needed to ensure that Eskom and the industry can invest in the electricity infrastructure which South Africa needs. 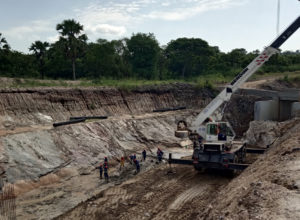