2 April 2009 – Eskom CEO, Jacob Maroga, stated on Wednesday that Eskom, South Africa’s utility, may possibly need more than the R176 billion (USD 19 billion) guaranteed loan and R60 billion (USD 6 billion) subordinated loan that has already been allocated to them to fund their five-year capital programme. If Eskom should be unable to secure additional funding from the consumer, the likelihood of them turning to government will grow.

The Congress of South African Trade Unions (COSATU) stated that they would call for national protest if the National Energy Regulator of South Africa (NERSA) allowed excessive increases in electricity rates, adding that even the previously indicated 20% to 25% increase was too much. Strong resistance from consumer and taxpayer is also expected.

Maroga also mentioned that one of the reasons for the delay of a formal tariff application to NERSA is because Eskom would like to request a price adjustment as well as an integrated funding blueprint given that the environment for infrastructure funding has changed in light of the current economic climate.

Maroga could not divulge the total amount that would be requested as the application will be based on an integrated funding model. It is expected that Eskom will apply to NERSA for a 34% upward adjustment for the first year of the project. It is not clear whether this increase would also cover rising operational costs moving forward in the project. 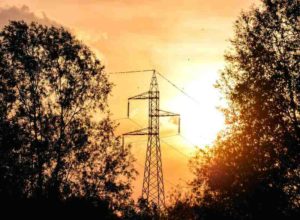