Revealing this here, Miningmx quotes Eskom manager for technology, strategy and planning Barry MacColl as saying that since 2007 the power utility has been working on the technology, and it hopes to start designing the new macro power station by December.

He said earlier that the success of the technology had already been demonstrated. The trials had produced satisfactory results and the potential was tremendous, he added.

In the technology process two shafts are drilled into underground coal reserves. Then the underground reserves are set alight. The burning coal releases, through the one shaft, a flammable gas which is collected and redirected to gas turbines that generate electricity.

MacColl said the underground reaction was controlled by regulating the quantity of oxygen being pumped into the one shaft, and the process could be altered by cutting off the oxygen supply. Eskom’s test project at the Majuba power station was already contributing 3MW of power to Majuba’s total output.

Independent engineering analyst Chris Yelland said that very little was publicly known about the technology. It was developed in the Soviet Union and used there, he explained.

The biggest commercial project using the underground coal-to-gas technology was developed at Angren in Uzbekistan. In the West it was largely America that researched the technology.

Yelland said that while he was somewhat sceptical, the concept nevertheless offered a number of advantages.

The biggest of these was probably that coal that was previously regarded as unsuitable, could now be used. This, Yelland added, was a particular problem at the Majuba power station where the coal in the environment could not be exploited for use in conventional power stations.

Further advantages were that there was less exhaust-gas pollution than from ordinary coal-fired power stations. For instance, the ash problem that ordinary coal-fired power stations had to deal with was absent.
Eskom already operates gas turbines in, for instance, Atlantis and Mossel Bay, but those turbines use diesel. As a consequence their production costs are tremendously high – about R1,600 per megawatt hour (MWh). Eskom’s average production cost is around R250 per MWh.

No one is sure where developments of this type of project would slot into government’s Integrated Resource Plan (IRP2010). The project could be classified as either gas or coal.

But for Eskom it would prove worthwhile, because over the next 20 years the power utility will struggle to supply sufficient electricity for the country’s needs.

Should Eskom work according to plan and start designing the project at the end of this year, the first electricity could be delivered by March 2020. 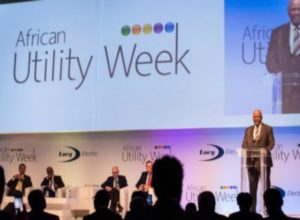 Industry experts to share the latest updates in Cape Town