21 October 2008 – Eskom, South Africa’s state-owned utility, is facing severe challenges in financing its new-build programme. Its five-year capital expenditure programme rose from R97 billion about two and a half years ago to R150 billion a year ago and now stands at R343 billion.

Its initial plan was to fund half its capital expenditure with retained earnings and half through the debt markets. But earlier this month it postponed plans to sell $500 million (R5 billion) worth of bonds internationally because financial turmoil would have pushed up borrowing costs. Instead, it said it would borrow more locally.

Pressure on Eskom’s balance sheet due to its huge capex programme, the increased costs of primary energy and the relatively low electricity price hike, coupled with its weaker credit rating and the international credit crunch, means the utility will struggle to raise funds abroad and will be limited in how much it can raise locally.

According to Anton Eberhard of the graduate school of business at the University of Cape Town, the utility’s ability to fund new power plants is contingent on how much the electricity price will increase. “Next year’s hike will probably have to be at least a 40 percent real price hike, before inflation,” he says.

The government, which has already committed to a R60 billion loan to Eskom, is unlikely to be able or willing to give the utility more at the expense of other priorities.

On the other hand, a sustained infrastructure investment programme, such as that planned by Eskom, has the potential to employ thousands of people directly and, by underpinning economic growth, to provide scope for further job creation. This would complement the ruling alliance’s plan to create 5 million jobs.

“If Eskom is not able to raise the electricity price sufficiently, it will have to cut back on its capital expenditure. Then the lights will go out,” Eberhard warns. 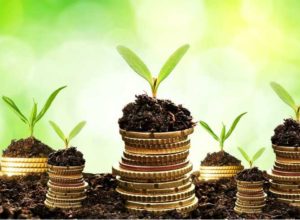