He added: “Due to its structure, a portion of the subordinated loan is already recognised as equity on Eskom’s balance sheet while the remainder is reflected as debt.”

The state-owned power utility is currently in a financial pickle, and is in the process of recouping funds from 20 indebted municipalities.

In April, Eskom said that as of 31 March 2015, the total municipal arrear debt greater than 30 days was ZAR4.6 billion ($404 million). Of this amount, the top 20 defaulting municipalities were then indebted to the power company to the amount of ZAR3.68 billion ($323 million) for the bulk supply of electricity.

Nene stated that the Appropriation Bill would “reduce Eskom’s debt by ZAR24.4 billion ($2 billion) while simultaneously increasing the equity by the same amount.”

He added: “The conversion to equity of the subordinated loan will have no direct cash flow impact either for Eskom or for government. The funds were already appropriated and paid to Eskom between 2008 and 2011.”

In addition, Engineering News reported that Nene also addressed the Eskom special appropriation bill and if approved by Parliament will fast track the payment of the first tranche of the ZAR23 billion ($2 billion) loan to Eskom.

The funds will be raised from the sale of government’s non-strategic core assets.

Nene said: “Significant progress has been made in raising the funds, anticipating the receipt of proceeds, and to ensure that the first ZAR10 billion [$808 million] allocation be transferred in June as has been announced.” 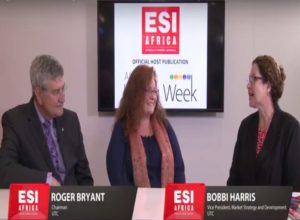