This follows an announcement in March of a three-year "partnership" between Eskom and the unit to fight corruption at the power producer.

At the time, Eskom CEO Brian Dames said that if corruption was uncovered, appropriate action including criminal prosecution would be taken. In terms of the agreement, the unit would deploy a team of investigators to Eskom’s divisions in the next three years.

The unit’s spokeswoman, Marika Muller, said that the agreement provided for the agency to focus on areas identified as priorities by Eskom management.

But to conduct any probe, the unit must be mandated by presidential proclamation. "Everything is going according to plan," she said. The unit anticipates receiving the signed proclamation soon, Ms Muller said.

"The unit has also been engaging with the Department of Energy with a view to assisting them with a number of areas of concern."

In a written reply to a question in parliament, energy minister Dipuo Peters said there was no other top official from the department under investigation. She added that the department was awaiting a report on the investigation conducted by the unit.

When Eskom and the unit announced their partnership earlier this year, the two parties said a major focus of the investigation was likely to be procurement contracts.

Eskom is involved in a multibillion-rand capital investment programme and has to award big contracts to service providers. The utility also spends R90 billion a year purchasing goods and services.

In addition to its investment to boost its generation capacity, Eskom expects to spend R10 billion in the next six years to strengthen, refurbish and expand its distribution network. It will also spend R82 billion on refurbishing existing generation plants over the same period. The unit’s investigation will seek to uncover corrupt practices or conflicts of interest, and will identify risks for Eskom, including contract fraud and legal noncompliance. 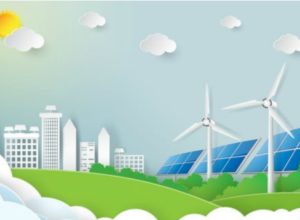