23 March 2012 – In reply to a parliamentary question by opposition party Democratic Alliance (DA), South Africa’s minister of public enterprises, Malusi Gigaba, confirmed that parastatals Eskom and Transnet are losing millions of rands as a result of copper cable theft.

From 2006/7 to December 2011, Eskom lost R350.2 million as a result of copper theft. This includes losses, replacement costs and the cost of increased security measures. However, that performance was better than that of transport parastatal, Transnet, whose loses over the same period amounted to R856.71 million. That includes a sum of R80.9 million spent by Transnet on increased security costs in 2011/12.

Natasha Michael, DA spokesperson on public enterprises, says that the party had achieved success in curbing copper theft through a taskforce established in 2007 in Cape Town. Since its inception, this taskforce has arrested between 200 and 300 people a year and has brought about significant reductions in financial losses resulting from copper theft.

At a national level, the DA has put forward a five-step plan to solve South Africa’s copper theft crisis. The proposed steps include:

Implementing the Second Hand Goods Law of 2009: This law was passed in 2009 and creates a solid framework for law enforcement to pursue and persecute copper thieves. The law has still not been implemented. Once implemented, it will make it much easier to police copper theft.

Making copper theft a priority crime at the South African Police Service (SAPS): This will secure more resources and more experienced personnel for the fight against copper theft, as well as placing more responsibility on SAPS to investigate and resolve copper theft cases.

Giving copper theft its own crime code at the SAPS: At present, the SAPS crime database records copper theft in the category “other crimes”. This means that there are no reliable statistics of the incidence of copper theft, hampering the development of a sophisticated strategy to combat copper theft.

Setting copper theft reduction targets at parastatals: The public enterprises minister should set targets to reduce copper theft at each major parastatal, accompanied by a comprehensive strategic plan to meet these targets.

Close cooperation with industry experts: There exists a reservoir of goodwill from security and copper theft experts to help municipalities and parastatals to improve their security operations. This knowledge should be used more effectively. 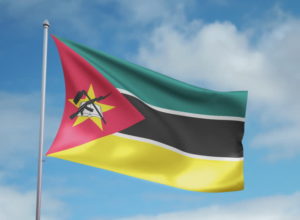