11 August 2009 – Eskom and CIC Energy Corporation stalled a $3 billion project in which CIC’s Mmamabula plant in Botswana would provide South Africa with 900 megawatts of electricity to avoid power cuts and boost economic growth.

Eskom, with which CIC Energy has been battling to seal a power agreement for three years, could not agree to buy power from the firm’s Mmamabula power project, according to Greg Kinross, CIC Energy’s Chief Executive. This is until it had found a way to fund its expansion of more than R361bn by March 2013.

CIC Energy has made two long-term power offers to Eskom, the last one being in March, but the utility has delayed making a decision until it has funding in place.

According to Andrew Etzinger, an Eskom spokesman, the utility still needed to evaluate CIC Energy’s offer. It also needed to know that it could fund the project. Any decision to acquire power from CIC would need the approval of the government and the state energy regulator.

CIC Energy has to date spent $80 million on developing the Mmamabula project.

Kinross said he expected the South African government to grant Eskom further loans, but he was not able to say how much this would be above the R60bn already agreed to the utility for its expansion programme.

Taking into account Eskom’s approved projects and Mmamabula, CIC is projecting that Eskom’s surplus capacity will remain below the optimum of 15 percent of its total available power capacity until at least 2018.

The Mmamabula energy project is planned to produce 1 200MW of power.

If CIC Energy can seal a power purchase agreement with Eskom by the end of next March, the Mmamabula project could start to produce power from early 2014 – three years later than initially forecast. 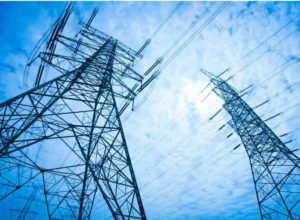