Tuesday, 14 August 2007 – Eskom has begun the process of building a new coal-fired power station, the first of its kind in twenty years. The Medupi Power Station, which means “rain that soaks parched lands” symbolises economic relief to the area where it will be constructed, and was formerly known as Project Alpha and Project Charlie.

To mark the occasion, a sod-turning ceremony is being held at Lephalale, in Limpopo Province, at the construction site. Medupi is the second power station in the area after Matimba, and will be constructed at a cost of approximately R80 billion. The site measures 883 hectares, a piece of land previously used for game and cattle grazing, formerly known as the Naauw Ontkomen farm. The planned operational life of the station is 50 years.

Medupi is a dry cooled coal-fired generating plant – comprising of six units with
4 788 MW installed capacity. A dry cooled process uses less water than a conventional coal fired plant. Latest technology will be utilized comprising supercritical boilers. The new supercritical boilers will operate at higher temperatures and pressures than older boilers giving greater efficiency. The boiler and turbine contracts for Medupi will represent two of the biggest commercial contracts in Eskom’s history. Tenders for the long-lead boiler and turbine packages were submitted and the evaluation process has now been completed.

Medupi is the fourth dry cooled power station following Kendal and Majuba in Mpumalanga and Matimba Power Station in Limpopo.

Eskom takes into account comprehensive environmental management, key to all its new project plans. This was the case with the proposed construction of the Medupi coal-fired power station, a project that was approved by the Minister of Environmental Affairs and Tourism.

“Medupi will be the first-baseload power station to come online since the construction of Majuba Power Station in the late eighties.” says Eskom Chief Executive, Jacob Maroga. And he adds, “This project, together with the commissioning of Komati, Grootvlei and Camden Power Stations, as well as the Ingula pumped storage scheme, will enhance reliable electricity supply.” 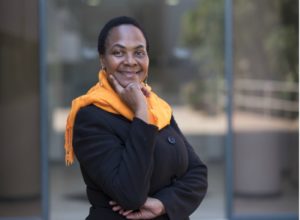