22 October 2012 – Eskom has submitted its tariff application to the national energy regulator of South Africa (Nersa). Eskom CEO Brian Dames has suggested a five year path to smooth electricity tariff increases and provide certainty. The utility has asked for 13% a year for its own needs, and another 3% a year to support the entry of independent power producers (IPPs)

The existing three year Multi Year Price Determination(MYPD2) period comes to an end in March 2013, and Eskom’s highly transparent tariff application for the MYPD 3 period is expected to be widely debated before the regulator makes its final decision.

Dames says that current electricity prices in South Africa do not cover full cost of electricity and the path of reaching this has to be travelled. “We recognise tariff increases affect the economy and have worked hard to strike balance between short term and long term needs.”

Coal and operating costs have been contained in the application and Dames emphases that Eskom cannot apply for inflation linked tariffs when coal prices go up at higher rates. Coal is the utility’s biggest input cost. Also included in the calculation is the cost of servicing debt for its expansion plan with debt now at R180 billion and which will increase. The application also covers the introduction IPPsfor all 3,725 MW of South Africa’s renewable energy procurement programme plus a further 1,020 MW for peaking projects by IPPs.

The tariff application will see Eskom’s return on assets improve from 0.9% to 7.8% over the MYPD3 period, with the return going mainly to support the debt raised to finance Eskom’s capital investment programme. Eskom is spending about R337billion over the five years on its new build programme and the upgrading and refurbishing of its existing assets.

Eskom’s application covers only its committed new build programme up to the end of the Kusile power station project, which is expected to be completed by 2018/19.

As part of the application, Eskom modelled scenarios showing the pricing implications of new build beyond Kusile, in terms of the government’s Integrated Resource Plan 2010, which indicated average increases of 20% over the MYPD 3 period. However, the additional capacity was not included in the tariff requested from Nersa.

Eskom has submitted proposals to Nersa for a tariff structure which would ensure that poor households who use very little electricity experience only single digit price increases over the five years.

Eskom also announced that it will be submitting an application to Nersa to look into the special pricing agreements which Eskom has with BHP Billiton relating to the aluminium smelters in KwaZulu-Natal.  The special pricing agreements link the price the smelters pay for electricity to the dollar price of aluminium and were entered into in the 1990s when Eskom had surplus generating capacity, which is no longer the case. 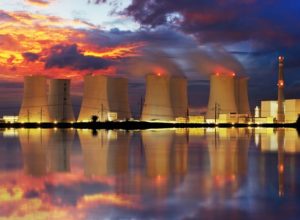